As 2013 approaches, many are left wondering what is in store for SEO. No one want to be caught napping when Google makes their next move. Webmasters are more keenly keeping their eyes trained on Google. One of the biggest game-changing future additions to Google´s algorithm is AuthorRank. Industry insiders are predicting it will change the foundations of online marketing forever.

Google’s standard high-level metric that has been used to determine the quality of a web page is PageRank. This system has been used for many years to classify web pages according to their authority. A site with a higher page rank (PR) is noted as having a higher authority which also meant that they had a higher crawl rate. It would seem that the use of PageRank is set to come to an end as its effectiveness in providing quality metric has dwindled over the years. While it may still have some relevance if it is used along with other quality metrics such as domain authority and page authority, it can no longer be relied on as the only quality metrics tool.

Out with the old – in with the new? The year 2013 will see the introduction of a new quality metric tool to measure and classify a page. AuthorRank seems set to take its place as the new master of page quality and SEO ranking, but it will inform rather than replace PageRank. It would seem as if Google had this card up their sleeves for a few years now just waiting on the right time to play it. They filed for a patent for “Agent Rank” in 2005. This Agent Rank is one and the same AuthorRank.

David Minogue of Google – in the patent – made references to the use of the patented instrument to rank those he referred to as agents. The content received from these agents along with their interactions (which we would guess refers to web activity) were to be used to determine their rank. Those agents that were more well-received and popular would possibly see their associated content gain a higher ranking than those agents with unsigned content. We determine that the agent in the patent refers to web site owners and everyone who submit content to Google.

Agent Rank – it would seem – was put aside for several years because without a system to identify agents there was no way the ranking system could be implemented. Google evidently never lost sight of its mission to rank agents as the ultimate goal is to improve search quality. Google and other search engines have moved away from the practice of using just the authority of a domain or Web page to rank the quality of the content. The focus is now geared towards ranking based on the reputation and authority of the author of the content. How does Google know who’s the author?

The Role of Google Plus in Identifying Authors

In 2011 Google’s Eric Schmidt indicated that Google still had a desire to be able to identify agents as a means of improving search quality and getting rid of spammers. Google determined they needed a strong identity for agents if it was going to achieve that goal. Shortly after Schmidt’s proclamation Google Plus came on stream. Google Plus has so far been the most effective means of capturing the digital signature of those who supply content to the web. Once there is a Google profile it is much easier to get those signatures.

And Now What of Google Authorship?

We determine that this new roll out feature is meant to tie a Google signature or rather a Google profile to the content produced by those with a profile. Google has been working smartly and quietly behind the scenes developing a method to finally identify agents and the content they produce. With this accomplishment they can now roll out the now several years old Agent Rank to carry out the ranking process it was first meant to do.

Also read: How To Set Up Google Authorship Markup With rel=author 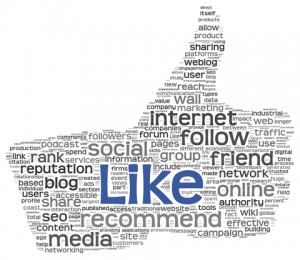 Google credit authors who submit content to the web by tying the pages they write their Google Plus profiles. Rich snippets are used to enable the process, and the engagement factors of the content the author produces is used to give the ranking. The engagement factors include activities coming social platforms such as shares and likes from Facebook, tweets from Twitter and +1’s from Google Plus. The influence and relevance of the endorsements and comments, along with the influence and relevance of those who endorse and comment on the content will be taken into consideration for the ranking process. The inbound links connected to the content will also come in for scrutiny based on their quality and relevance. Authors will receive higher rankings for the topics based on how much content they provide on the topic. The more content you produce on a particular topic and the more engagement you get for that content, the higher you will be ranked. The basic idea seems to be centered on giving those who are experts on a topic the edge over those who are not.

As Google prepares to roll out the new tool to help clean up the web, it would seem that those who are serious about providing quality content will be given high priority.