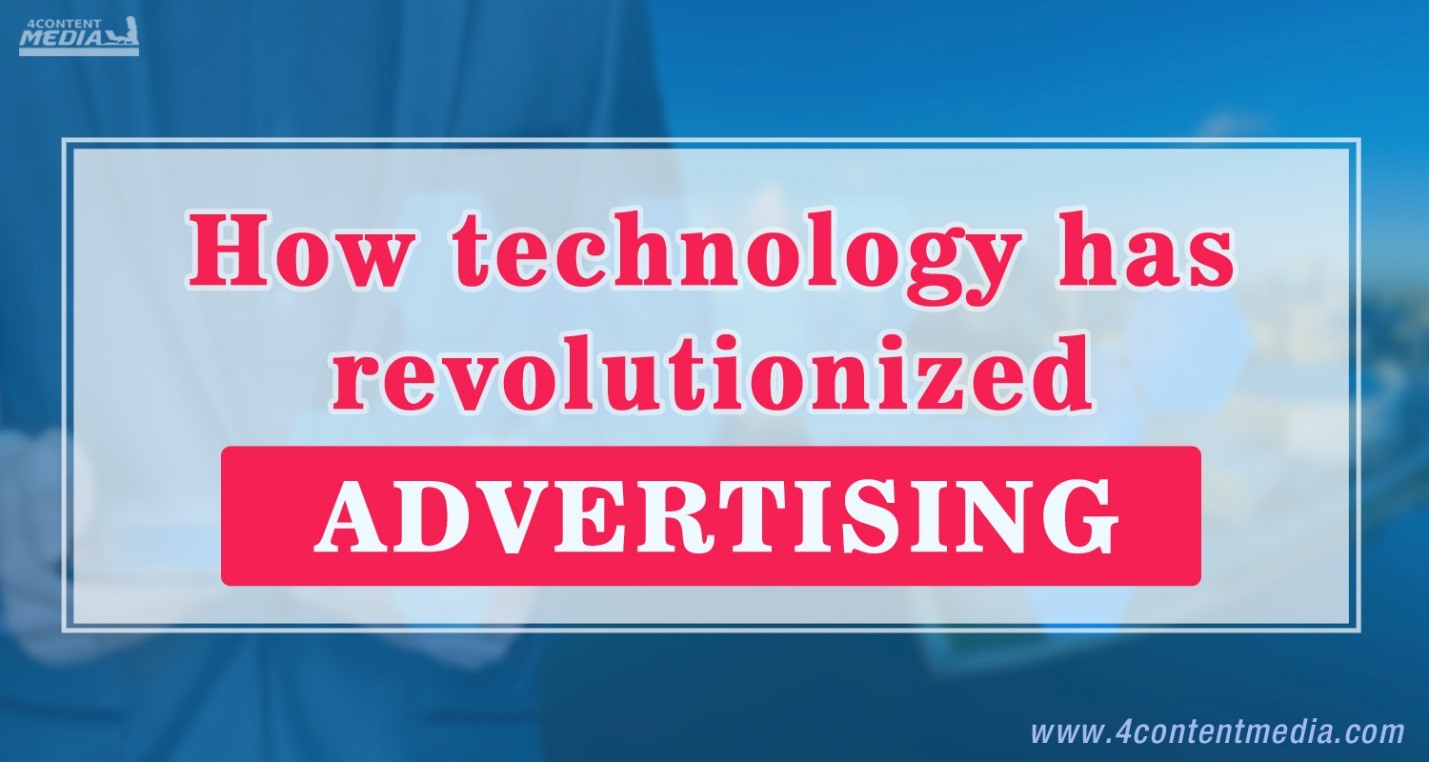 About 20 years ago, advertising was primarily dominated by radio, television and print media. Businesses were forced to scramble for space from these platforms. But with the advancement in technology, things have really changed. Today, the internet, smartphones and other devices are playing a vital role when it comes to advertising. This article looks at the various ways through which technological advancements have revolutionized the advertising industry.

It should not be forgotten that just the other day, the only moving ads were on either TVs or theaters. People had to sit before a TV or be part of an audience in theater halls for them to know about the ads. But things have been changed now.

Platforms like YouTube have changed the way of advertisement. People are now shifting from static images like the billboards towards moving images like those in the videos. Videos have been made more appealing by the use of talking Ads machine learning algorithms, which have oversimplified the creation and optimization of ads.

Previously, one could use a single format to get the desired results. But things have changed. With the ever-increasing competition, one has to get his content in multiple formats, and delivered several times to register the targeted results.

The technology has enabled advertisers to have their messages across many platforms. This means that you can reach millions of people within the shortest time possible. To reach the desired audience, advertisers understand they have to saturate the environment, and this can easily be achieved through technology.

Today, unlike before, it has become easy to target audiences. With the increasing popularity of smartphones, laptops, and tablets, advertisers can tailor their ads, at times by the use of talking ads marketing management services, to deliver the most appropriate message to the most appropriate audience.

The fact, that most people around the world spend most of their time on the internet using their devices, technology has enabled advertisers to reach millions of people, just by spending little money. This is not like before, where people were to spend millions of dollars, as they compete to get ad credit in the leading advertising platforms.

As competition among the advertising platforms intensifies, especially due to the technology-powered advertising, advertisers can now breathe a sigh of relief. The cost of placing your content before millions of people have now come down. Even for the small enterprises and startups, they have a level field where they can reach potential clients. Some of the unethical means that businesses used to apply to edge out competition have now been curbed.

Think about it, how would you know if your ad campaign is successful with the traditional means of advertising? Probably one can never know. But with the current system, experts have developed systems that can help advertisers track results thus be able to optimize the effectiveness of their campaigns.

The role of technology in advertising is enormous, and one that cannot be ignored. Those who are still in the analog era will have themselves to blame if they don’t shift to the digital world.