Hi everyone, hope you all had a great and productive week! This week, Rand of Moz.com, discusses how search engines have gotten to be remarkably good at understanding searchers’ intent, even if that’s not exactly what users are searching for. It is quite mind boggling to understand how SEs do this, but in Rand´s Whiteboard Friday video, he covers the basics on what we need to know about how entities are connected in search.

What SEOs Need to Know About Topic Modeling & Semantic Connectivity

Shareaholic´s data demonstrates that Facebook’s is still the dominating force as the leading driver of social referrals to sites across the web. Pinterest is now the queen of social referrals followed closely by Twitter. These results may not come as a surprise to you, but if you look at the other networks, then you may get surprised. In the 3rd Quarter 2014 edition of the Shareaholic Social Media Traffic Report, the 8 most popular social networks that sent traffic to publishers’ was looked at. The data reveals “share of visits,” a percentage of overall traffic — direct traffic, social referrals, organic search, paid search, etc. — sites received, for Facebook, Pinterest, Twitter, StumbleUpon, Reddit, Google Plus, YouTube, and LinkedIn.

Here are the 4 key takeaways from the report:

1. Facebook leads the pack, driving 4 times as much traffic to sites as Pinterest does – For businesses, Facebook is a gold mine of audience data and content distribution. For users, it is a highly personalized window into the things/topics/news they care about.

And speaking of Social Networks, I´m not sure if you have heard about Tsu yet. Tsu is a relatively new social network, and it´s primary difference from other networks is it aims to reward its users, by paying users for contributing and sharing original content. 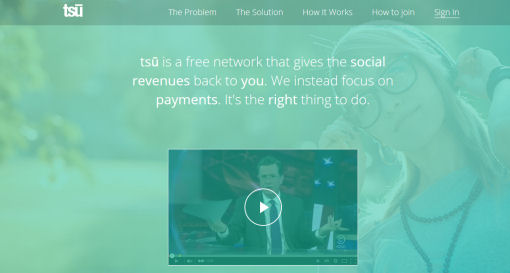 Simply put, the more interesting content you create and the more it gets shared. the greater the potential of you making money off the network. Joining the network is quite easy. You do need to be invited or have someone else´s short code (mine is ditesco, lol). If you want to know more about how it works, here´s the link to their FAQ page. Have you heard about them yet?